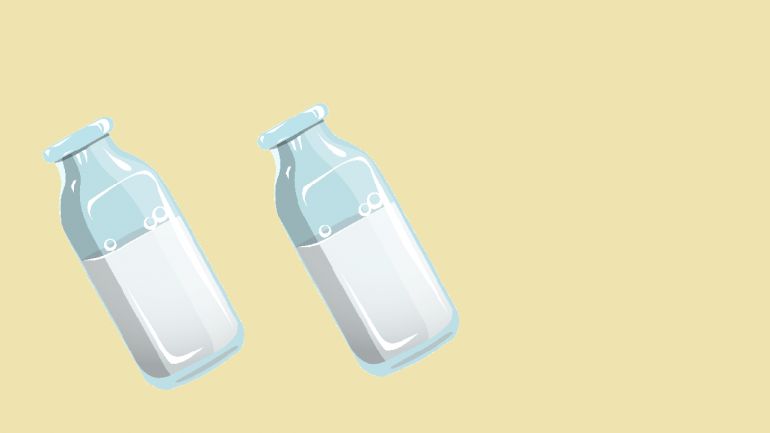 Maharashtra’s unwillingness to have a fair policy on milk

It is sad that the state government has not come out with the facts before either the farmers or the public. It must explain why Maharashtra’s private dairies and cooperatives cannot pay a fair price to farmers

Maharashtra’s milk producers are on the warpath. They want higher prices for the milk they produce. Their demand is fair.  Every farmer has a right to get a fair price for his produce.

But the farmers want the state to give them a subsidy of Rs.6 per litre, and the state has given in to their demand. This is absurd. Shockingly, even the Shiv Sena, a political partner in the ruling state government, supports the farmers’ demand for a state subsidy.

But why should the state give a subsidy?  Does Gujarat’s government give its milk producers a subsidy?  Does Tamil Nadu give Hatsun (India’s largest private sector dairy company) a subsidy, despite paying its farmer producers over Rs.26 a litre?  Does Heritage – the dairy promoted by the family of Chandrababu Naidu (currentchief minister of Andhra Pradesh) get a subsidy?  It too procures milk at over Rs.26 a litre.  Gujarat, by far, pays the best prices to its farmers – of over Rs.30.4 per litre. So why is it that even though other states’ farmers get higher prices, those in Maharashtra do not?  Instead, many get paid just around Rs.19-22 per litre?

Shouldn’t the farmers be demanding a higher price from milk procurers instead?  That is where the farmers have got their priorities all mixed up.

Why is Fadnavis silent?

In fact, Maharashtra chief minister Devendra Fadnavis, should be going on air, and advertising through print, that the best milk companies – and that includes multinational giants like Nestle and Hindustan Lever – pay over Rs 26 per litre.  When every company can pay Rs 26 per litre, why can’t Maharashtra?

Significantly, it was to assist the farmers that the state government itself started a milk cooperative in Nagpur in partnership with NDDB. Today it procures (through Mother Dairy) around 1.9 lakh litres dairy. It pays the farmers a decent Rs 35.75 a litre for buffalo milk (though it offers only Rs 22 a litre for cow’s milk, which this author thinks as unfairly low). But it is willing to hike this procurement price further in the coming months. Thus, the state government is already doing its job of creating a benchmark price for the state.  The farmers should be lauding the state government’s efforts, not attacking it.  Something appears amiss.

Now if private milk procuring agencies – including cooperatives run mostly by the NCP and the Congress — do not want to pay the price, they should be hauled up.  Why is everyone turning against the state government?  Why is the state government too acting so defensive when it has a great story of farmer support to tell?  And why is the Shiv Sena supporting the agitators in their demand that the state give them a support subsidy of Rs 6 a litre?

None of it makes sense.  And that is where conjectures begin to take shape.  The only explanation one can have is that all political parties together want to take the subsidy amount and enrich themselves.  Damn the tax payer.  Get the farmer as the vote bank in the forthcoming elections.  And, more importantly, there is no harm defrauding taxpayers and the state government, if it means getting some more money and votes for electoral expenses.

That is indeed a cynical way to look at things.  But when the justifiable is not being justified, when the actual culprits are not being penalised, and when legislators start their shrill demand for an absurd subsidy, there are good reasons to believe that collusive elements are at work.

Maharashtra’s farmers do deserve more money for the milk they produce.  The cooperatives run mostly by the Congress and the NCP have already exploited the state government by diverting much of its water to feed the water guzzling sugarcane. Not surprisingly, Maharashtra accounts for only 20 percent of its land as irrigated area compared to neighbouring Madhya Pradesh, where two-thirds of its land is under irrigation.  The farmers should be protesting against water allocation for sugarcane as well.  They should be demanding pricing for water too.  That would allow non-irrigated areas to get water and make farmers there more prosperous.

Thanks to the collusion (or ineptness) of the state government, the milk agitation could see Mumbai and Pune – the largest consuming centres for milk in the Western region – face shortages.

Gokul Dariy is on record stating that it has dispatched only 3 lakh litres on Tuesday instead of the normal 7 lakh litres. Amul has managed the situation better by getting its milk tankers move under police escort to ensure that its supplies (of 21 lakh litres a day) are not disrupted. Mahanand Dairy has stopped procurement in many places.

Maharashtra has gradually emerged as one of the largest milk producers in the country.  But this is because milk procurers from Karnataka and Gujarat pick up the milk at better prices than the private procurers and the cooperatives in the state are willing to pay. It is a story of exploitation.  First exploit the farmer. Then exploit the state, and then the tax payer.

Does Fadnavis want the courts to step in?

SBERBANK in India: From Russia with love

http://www.freepressjournal.in/india/sberbank-in-india-from-russia-with-love/1051218 SBERBANK: Russia's biggest bank consolidates its position in India — By RN Bhaskar | Apr 13, 2017 12:33 pm Established in 1841, and having evolved into one of...