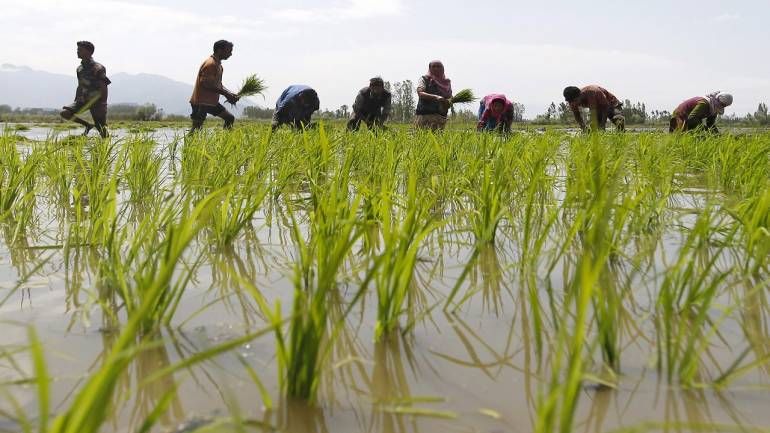 The farm loan waiver front is getting messier

Fiscal discipline threatens to go entirely haywire – at least where some states are concerned.

And it has come in the form of farm-loan waivers. This author has always maintained that farm loan waivers are the worst thing that could happen to farmers. The Comptroller and Auditor General CAG) also concurs with this view and has stated that such loan waivers will hurt farmers (http://www.asiaconverge.com/2013/04/agri-loan-waivers-hurt-farmers/). Demagogues argue that farm loans are a small percentage of gross state GDP (or GSDP).  There is nothing wrong in allowing such waivers. Collectively, they account for barely 0.45% of GSDP (http://www.asiaconverge.com/2018/12/the-pestilence-of-farm-loan-waivers/). The figure does appear small.  But do bear in mind that states can take loans only up to 3% of GSDP, as part of the fiscal discipline. Considering that, the 0.45% share accounts for almost one-sixth of state borrowings, it is a huge sum.

There is a second difference that demagogues must bear in mind. It is wrong to compare the (undesirable) haircuts given to industry with the farm-loan-waivers demanded for farmers.  The former category can have its assets seized – especially under the Insolvency and Bankruptcy Code (IBC). That is inconceivable with farmers because of political and social compulsions.

There is a third difference.  Farmers already enjoy benefits that no other category enjoys.  They pay no taxes. They get water almost free.  They get subsidised electricity (both these subsidies are bad in principle). Industry pays higher tariffs as well as taxes.

But more importantly, once a farmer does not repay his loans to the bank, it is unlikely that the bank will lend to him again for some time. That will drive him to the moneylender – who is invariably very close to politicians.  The farmer then ends up paying interests rates that are at least 3-4 times higher than those charged by banks.  The moneylender and the politician eventually become the biggest beneficiaries.

Unfortunately, the Congress party has got used to seducing voters on the basis on writeoffs and giveaways.  Remember Janardhan Poojary who announced the first financially reckless loan melas?

Remember Indira Gandhi who had earlier nationalised banks on the grounds that they did not lend to rural areas.  She ignored the fact that Syndicate Bank (one of the nationalised banks) was already giving more than half its loans to the rural sector.  It was the only bank which had – at that time — its headquarters in a rural area.

The loan melas gave banks a body blow, and nationalisation introduced political patronage in banking. Not surprisingly, currently, public sector banks (PSBs) account for Rs.8.45 lakh crore of non-performing assets (NPAs) of the NPA total of Rs.9.63 lakh crore, (figures have been taken from the latest Trend and Progress Report of the RBI).

Belatedly, Prime Minister Modi has come out openly against farm loans, although it was the BJP that muddied the waters in recent times.  It chose to include farm loans in its election manifesto for UP elections. Yet, in spite of this warning from the PM, Madhya Pradesh (MP) has gone ahead and has extended the cut-off date for such waivers.  That is foolhardy because such waivers in MP already account for Rs.38,000 crore (see chart). Moreover, Madhya Pradesh has already breached the 3% of GSDP limit of overdraft that it enjoys.

This means – as a CARE Ratings report brilliantly explains MP, Rajasthan and Punjab may not be able to honour their loan-waiver promise for at least a year – maybe two.  Even then this will crowd out investment for other schemes which are meant to empower the farmer.  So the farmers get hit by a double whammy – farm=loan waivers will expose them to moneylenders soon.  And it will prevent the implementation of schemes that could have helped them, because state governments have squandered funds on waivers.

And it is quite possible that in these reckless times, the Congress may even announce electricity-bill waivers.

Expect the three states to witness an economic deceleration in the coming years.

But in the months preceding elections, sanity is the last things politicians care for.  They want to win elections.  The spoils of public office – with its freebies, and its potential for irregular methods for wealth generation – are a heady reminder that in India what matters is not morality, or sanity, but power.

Maybe the courts can stop this.  But they are overburdened, and some of the recent judgements can make any investor quite nervous. Yet, they have succeeded in salvaging many a situation where legislators have abdicated responsibility.  The judiciary’s tenacity will be immensely relevant in the coming years.

India is rapidly becoming – as Jonathan Swift would have said – a land of Yahoos. Expect extremely rough weather ahead.

Are farmers in the country really earning less?

http://www.freepressjournal.in/editorspick/rn-bhaskar-are-farmers-in-the-country-really-earning-less/1093086 Loan writeoffs: Are farmers really earning less? — By RN Bhaskar | Jun 29, 2017 07:22 am The past few weeks have distressed economists and policymakers over the...