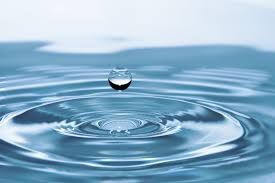 The old talk about water wars may not be entirely true today. But in India it could become a gory reality.  This time, the war could involve all sections of society — industry, agriculture, common people, and politically well-connected people as well.

At the heart of the matter is the ironic reality that India is blessed with the most abundant supply of water compared to almost all its Asian neighbours (http://www.asiaconverge.com/2019/02/india-russia-ties-grow-stronger/) – more on this later.  Yet India has abused its water to such an extent, that the crisis here could be severe.  Add to this the inevitable effects of climate change.  India could face a crippling situation within a decade, if not earlier.

There is large-scale corruption in water, disdain for keeping water resources clean (notwithstanding the incredible work done by Nitin Gadkari, till recently the minister in charge (among many other responsibilities) of Clean Ganga or Namami Gange  (https://nmcg.nic.in/ and https://gangaquest.com/). The inability (it could be rampant collusion) of the people in charge of pollution-control is very much an issue that has to be dealt with.

The Gadgil Committee report (http://pib.nic.in/newsite/mbErel.aspx?relid=85175) on the issues arising from the environmental degradation of the Western ghats makes mention of how, in some areas, industrial units have been pouring their effluent underground, instead of treating it.  Clearly, input-output norms are not being studied by the pollution-control authorities. As a result, even the country’s ground water reserves are being contaminated.

The reckless usurpation of water by Maharashtra’s politicians for growing their sugarcane-based empires (including distilleries which produce the lucrative liquor) are also to blame for the horrible farm crisis that states like Maharashtra are confronted with. And the refusal of India’s policymakers to introduce and implement policies based on water footprint (https://waterfootprint.org/en/) or virtual water (https://www.watercalculator.org/footprints/what-is-a-water-footprint/) is also worrying because it exhibits the refusal on their part to focus on sustainable use of water. Each of these issues — and more – will be dealt with in this water series that Moneycontrol has planned to take up.  The issues are serious, and at stake is the very existence of India as we know it today.

But wait! If climate change is a global phenomenon, why single out India?  That is because India has plans to industrialise at a very rapid pace.  That means more water consumption by industry.  That surge in demand could aggravate the water crisis. Consequently, industrial growth requires the country to put in place sensible water planning, in much the same way as India’s requirement for better primary education and excellent healthcare facilities.  The country has been caught slipping badly on all the three fronts.

Industrialisation also requires agriculture to become leaner and meaner – without reducing its productivity. Don’t blame fragmentation of land in India as an excuse.  China has smaller holdings – but produces more, with less water and on smaller total acreage. But more on this too a bit later.

All this underscores the fact that India does not understand that the pre-condition for industrialization is better water management –in terms of consumption, water-harvesting, recycling, and treatment.

Take a look at the chart alongside. It shows how, in relatively underdeveloped societies, much of the water goes towards agriculture.  Flood irrigation is not much of a problem here, because the biggest claimant for water is agriculture.  People – normally – are not large users of water. They account for around 10% of the water usage.

The problem begins when regions begin industrialising.  That is when industry begins to demand a larger share of water – a little over 50%.  The chart shows how India – going purely by water consumption ratios – resembles underdeveloped nations.  If it has to industrialise, it must let industries use water, though with a beady eye on how much water they consume, and how they deal with their effluents. The need for a Namami Gange would not have been there, had the government done its job well, and prevented abuse of the abundant waters flowing through India’s rivers.

The only silver lining in the entire picture is that India is going to face an economic slowdown (http://www.asiaconverge.com/2018/12/economic-slowdown-inevitable-after-general-elections/).  That, in turn, means that the demand for more water allocation will be less strident for at least six months. Can the government pull up its socks and get to work on the issues surrounding water?

Water management needs better monitoring, more rigorous penalties – even for bureaucrats, judges and politicians – who fail to implement water-related policies well. It means ensuring that the effluent output is not less than what it ought to be – as that could mean that the effluents are being quietly pushed underground, or diverted to some water canal.  It also means adopting a crop pattern policy for different regions, so that one crop does not take away the water that could be used by other crops and farmers.  It thus requires an overhaul of the country’s agricultural policies.

This will require more political will than ever before.  It means curbing the appetite of politicians to allow water to be wasted, either by promoting flood irrigation crops beyond what is required, or by growing water guzzling crops in water scarce areas (http://www.asiaconverge.com/2017/06/maharashtra-farmer-agitation-roots-lie-in-water-and-electricity-exploitation-through-sugarcane/). It means hauling up the administration for any effluent that finds its way either into the ground (new measuring techniques need to be introduced) or into canals, rivers or even sewers before being treated, strictly according to norms.  Unless the administration is first penalized, people will find that the cost of disobeying laws is less expensive than complying with them.  That needs to change too.

This will be tough for the political class.  But unless this is done, the future of India is doomed. 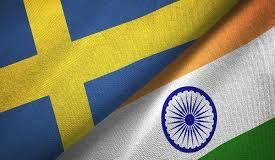 Interview: Anna Lekvall — The mood is upbeat with Swedish companies...